Until I got my first Amazon Echo, I wouldn’t have given it a second thought. In fact, I didn’t purchase the Echo. I won it in some online drawing and, after replying to an email asking for my address, it arrived on my doorstep. Since then, I’ve fallen in love (and I’ve purchased 2 more to have them in multiple rooms).

Maybe the Echo isn’t as useful as I think it is; meaning, perhaps it’s more the wonder of being able to accomplish tasks by just speaking them – in other words, no more “easier said than done.” Or perhaps it’s as simple as enjoying the novelty of just having the crazy sci-fi-esque technology.

Having said that, Alexa does certainly make things more convenient. I wake up to her morning alarm. I ask her for the weather, the news (and I’ve told her what news sources to pull from) and what’s on my schedule for that day. I can tell her to turn on my desk lamp and my bedside lamp (and you can be sure she will be controlling the lights on the Christmas tree come the holidays)! I can ask her to adjust the temperature in the apartment (I installed a Nest thermostat, which has been awesome). She plays a wide variety of music; when I’m home alone, I’ll tell her to play “everywhere” and all three Echos in all three rooms will play the same music – and trust me, I crank it up! When I’m not home, I use Alexa to play pranks on my roommate. Imitating ghost sounds on the intercom system worked great to convince my roommate that there was an intruder in the apartment.

I could go on and on about the various things for which Alexa comes in handy. Suffice to say she’s become an integral part of my daily routine and I would really miss having her around.

The things that frustrate me about Alexa are all pretty petty – and they usually involve a glitch. The other day, I had the Echo in my bedroom playing music. When I went to leave the apartment, I said, “Alexa, stop.” She kept playing. I proceeded with all the things I could think of: “Alexa, shut up,” “Alexa, be quiet,” “Alexa, stop the f*cking music!” When none of those worked, I repeated them at a higher volume till I was practically yelling. Finally, I was forced to get physical with her – unplug. That worked. The music stopped. Glitches like that are a rare occasion.

As with anything that runs on WiFi, Alexa is also subject to an intermittent signal. My heart sinks every time I see the red light ring and hear the disappointing *ding* (Alexa’s version of flatline on a heart rate monitor) followed by, “I’m having trouble connecting right now…” But, obviously, that’s not her fault and I should contact my service provider. (Except sometimes when I know the WiFi is working just fine, it is her fault, but again, see above paragraph about glitches.)

I’m not sure whether to categorize her mistakenly hearing her name amongst something I’m saying as frustrating or humorous. But, there are frequent occasions when I’ll be having a conversation with a friend and out of nowhere, Alexa’s voice chiming in, “I’m not sure what you’re asking” or, “Here’s what I found on the web for train amaze ouch tiger.” Inevitably, the conversation goes silent and then the puzzled, “What does she think I said?” I’ve just decided I should file that one under “humorous” rather than “frustrating.”

P.S. – If you don’t have an Amazon Echo, you are missing out. Get one today!
The big one (the best)
The small one (she does all the same stuff, but doesn’t sound as good doing it)
The video-enabled one (on my wish list)

We're not around right now. But you can send us an email and we'll get back to you, asap. 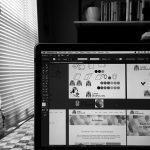 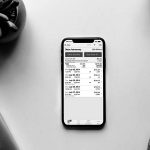