About a month ago, I decided to purchase another external monitor so I could do my design work from home when needed. Since starting my new job in August, I’d taken my primary external monitor to the office, which made working from home on my tiny laptop screen undesirable. My monitor at the office is a BenQ PD2700Q and I really love it, but since it had been a couple years since I purchased it, I figured I’d see about upgrading to something newer. I tried to do some research online, but almost all the articles I could find reviewing monitors were focused on gaming, which made display speed and resolution the greatest factors.

Since 4K is all the rage these days, I decided to try the upgrade from my 2K monitor. I found a 4K Samsung monitor (model LU28E570DS/ZA) with positive reviews and my local BestBuy happened to have one in stock. (Did you know that BestBuy will price-match Amazon? Now you know! BestBuy knocked almost $50 off the cost of the monitor because I found the identical monitor on Amazon and showed the cashier the lower price.) Excited, I went home and immediately set it up. I hated it.

Why the Samsung LU28E570DS/ZA sucked

While I’m sure it would probably be a great monitor for general office use and maybe even gaming (I don’t know – I’m not a gamer), it was absolutely horrible for graphic design use when colors and contrast are incredibly important. Here’s what was wrong with it:

Everything (and I mean Everything) you need to know:

Knowing these specific problems, I dived in and started doing more research about monitor types. So if you’re a graphic designer looking for the perfect monitor, here’s everything you need to know. (You can skip to the conclusion if you don’t actually want to know everything, but just want a quick “here’s what to shop for.”)

Understanding screen resolutions can be difficult, especially if you’re a Mac-user. Mac generally advertises the resolution of their displays in pixels per inch. Their “retina display” varies from 220 – 227 pixels per inch, depending on the size of the display. This makes sense to designers as it’s quite similar to thinking about about dots per inch in printing (thanks, Apple, for speaking our language).

Now, when you’re using your MacBook, your eyes are probably ±18″ away from the screen. At this distance, it is actually impossible to see individual pixels. Once you have a larger screen (mine is 27″), the monitor will naturally sit a little further away from you. At this distance, you will hardly notice a difference between a 2K and 4K monitor. It’s up to your budget to decide whether the extra 50-some pixels crammed into an inch are worth it. And you’ll definitely want to take monitor size into consideration before you just let your budget decide…

Scale was a factor in the things I said I disliked about the Samsung monitor. The mathematics behind this are about as clear as mud, but I’ll do my best to explain. Again, I’ll compare to a 15” retina display MacBook, which has a resolution of 2880 x 1800 pixels (rendered at 2x: the width of a pixel is made up by two screen pixels – clear as mud, right?). Now, let’s say a desktop icon is 60 pixels wide. This means that, on the MacBook, the 60px desktop icon will show up at slightly larger than 1/2 inch. Now, imagine a 28″ 4K monitor running at its native resolution of 3840 x 1440 pixels. On a 28″ 4K monitor, this same 60px desktop icon will show up at slightly larger than 1/3 inch. Nearly 1/3 smaller. Granted, you can use display scaling to adjust for the difference, but it will always be a bit weird. The resolution of the 27″ 2k monitor lends itself to a much more natural scale.

For a 4K monitor to have a more natural resolution, you’ll want to get a much large screen size. 32″ is probably the smallest that I’d recommend. In addition, a 4K monitor will be far more taxing on your computer’s Graphics Processing Unit (GPU/Graphics Card). Overall, a 4K screen as a monitor offers far more cons than pros. In my experience, a 27″ monitor is just about perfect for desktop design work. This size allows for ample working space without being overwhelmingly huge.

Before the bad experience with the Samsung, I didn’t even know these different types of monitors existed. There are three types of LCD monitors: TN, VA and IPS.

There are also LED monitors. I’ve not done as much research in this area, but here are my takeaways. Ultimately, if your budget can swing it, a high quality (full-array) LED monitor will provide the optimal image in terms of color, contrast ratio and viewing angle. However, when it comes to LED monitors, it’s harder to sort out the good from the bad than it is with LCD monitors. Whatever you do, make sure you steer clear of cheaper edge-lit LED monitors as they will actually be significantly inferior to an LCD IPS monitor.

After returning the Samsung monitor, I bought a second BenQ PD2700Q. It’s just that amazing. What I love about my BenQ:

Conclusion: What to look for in a monitor

With a 4K monitor, you’ll have to deal with funky scaling. A 2K monitor will be the better product in most situations.

I personally like the 27″ monitor and think 32″ is a bit too large. But depending on your needs, you may prefer the larger size.

If you’ve read nothing else of this article, this is the most important feature to look for in a monitor for any creative profession. An IPS display provides optimal viewing angle as well as the highest quality color rendering. You could possibly settle for a VA display if your budget demands it, but IPS will provide the best color reproduction – important if you’re a creative professional.

My personal recommendation, these monitors are optimized for creative professionals. I own two and absolutely love them (obviously, loved it so much that I bought a second). I have the 27″ PD2700Q (a 2K display), but there are other sizes and resolutions to choose from depending on your specific creative needs.

We're not around right now. But you can send us an email and we'll get back to you, asap. 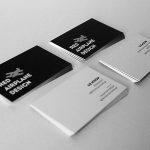